Club 21 Board of Directors 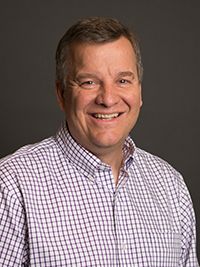 Matt has been a supporter of Club 21 for many years and was part of the team that helped arrange for the organization to come to their current location in Pasadena.  He has been impressed and inspired by the work Club 21 has done and in particular, its holistic approach of providing education and resources for individuals, their families, school teachers, and doctors to enable individuals with Down syndrome to be fully included.  Matt joined the board in the fall of 2016 and brings over 20 years of management and IT experience from a variety of industries including manufacturing, engineering consulting, consumer products, financial services and utilities. He currently works for Southern California Edison as part of their IT group. 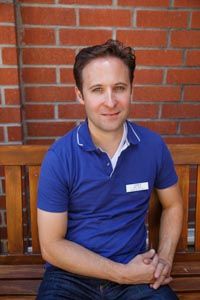 Since the birth of his daughter Estelle, Eric Gray has been focused on improving the opportunities and expectations for individuals with Down syndrome. He is a member of our founding team and helped to construct the vision for Club 21. Eric is committed to providing families with the tools, resources and education to help their children with Down syndrome reach their full potential. He also brings his expertise in the finance world to our Board. He is currently the EVP/CFO, CBS Television Studios & Entertainment at ViacomCBS and has wide financial experience. 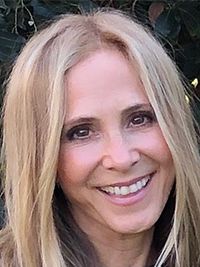 Emmy Von Der Ahe is a former elementary school teacher and reading specialist. She taught both bilingual and single language classrooms during her ten year career.  After the birth of her second son in 2000, she retired from teaching and became a full time mother and volunteer. She is an active member of the Mother’s guild at Loyola high school and sits on the Parent advisory council at St. Charles Borromeo School. She attended Loyola Marymount University receiving a Bachelor of Science degree and then went on to pursue a Multi subject teaching credential from Cal State Long Beach University. She lives with her husband and two sons, one of whom has Down syndrome. 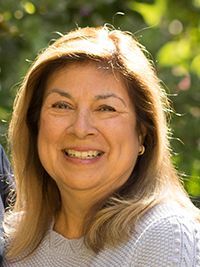 As the mother of a child with Down syndrome, Monica Borquez is intimately connected to the needs of these children and their parents. She is actively involved as a parent mentor in our First Call program and is one of the First Steps program coordinators for new and expectant parents and their babies. She has served as the community liaison for Children’s Hospital Home Care Executive Board. Monica’s work in “Medical Records” at an Obstetrics/Gynecological office in San Gabriel highlights her analytical and educational skills. Monica is currently working the front desk at a CPA firm. Her focus on details and relationships with families of babies with Down syndrome are invaluable assets to Club 21. 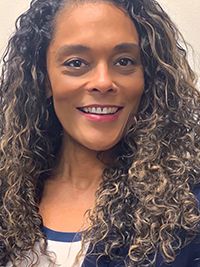 A native Angelino, Leslie Caldwell has been a Retirement-Plan Counselor, CRC with LA County for 11 years. Her work with Empower-Retirement has given her an opportunity to help individuals save for retirement and she finds this opportunity to help people immensely rewarding.  Leslie has a daughter Gabrielle with Down syndrome. They became active members and supporters of Club 21 when Gabrielle was in kindergarten. In addition to her work as a Club 21 board member, Leslie volunteers as a Human Services Commissioner for the City of Pasadena in District 3 where she works on issues like homelessness, foster care and early child development.  She is also a committee member of the Dakar Plateau Sister City with Pasadena. 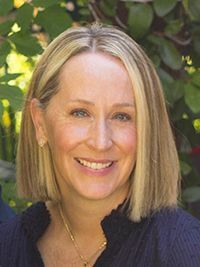 Kate Candelora became involved at Club 21 in 2011, while she was expecting her son, Luca. Since then, she has been trained as a “First Call” mentor, guiding parents who have been given a diagnosis of Down syndrome.  Prior to starting her family, Kate was an educator and also has a background in finance.  She has previously served on the board of the Spiritual Care Guild at Children’s Hospital, Los Angeles.  Kate and her husband, Ryan, live in Altadena with their 3 children. 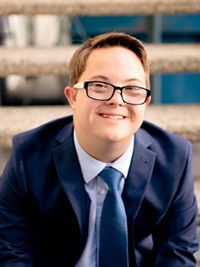 Jeremy Fraser is a 22-year-old self-advocate and is excited to join the board of Club 21. After graduating from Arnold O. Beckman High School in 2019, Jeremy  attended the Life College program at Stanbridge University and worked as an intern at a local luxury automobile dealership in the parts department. He delivered parts to the mechanics at three different dealerships that share the same complex, including BMW, Mini Cooper, and Rolls Royce. His classes included Interpersonal Communication, Finance/Budgeting, Career Development, Self-Advocacy, Time Management, and Independent Living.  Jeremy enjoys working out with a trainer as well as various sport like surfing and basketball. He enjoys hanging out with friends, music of all kinds, and going to the beach. Jeremy entered the Self-Determination Program through a local Regional Center at the end of 2021 and is exploring many activities in his community to build HIS future. As a volunteer work with several non-profits in the disability community, he serves as a mentor and coach to others with disabilities where he encourages them to try new things and embrace their lives by being active and having fun!  Jeremy lives in Irvine, CA with his parents, Lisa and Tim, and has an older sister, Sarah (and a soon-to-be brother-in-law, Jordan), a younger brother, Matthew, and a Golden Retriever named Harper. 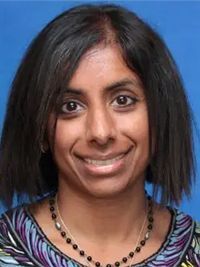 Dr. Nirupama (Niru) Madduri is a pediatrician in Arcadia, California. Niru came to CHLA (Children's Hospital Los Angeles) and Boone Fetter Clinic in 2014. She started working in a private practice in 2016.  Niru is passionate about Down syndrome, specifically because, as a medical student and resident, she connected with a few children who have Down syndrome and their families.  Niru always felt that the complexities of their medical profile warranted a resource for medical care, social support, and reassurance for families.  Niru learned about Club 21 and, after meeting with Nancy Litteken, felt as though she had met a kindred spirit, with a goal of inclusion and promoting the gifts of all individuals. Niru is also very passionate about educating the medical community to reduce terminology that promotes stigmas. She says, “We look to encourage medical professionals to share hope and faith for the best possible future for all children, especially those with Down syndrome.” 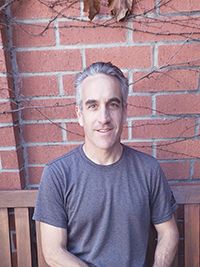 Paul Ruggeri has been part of the Club21 community since the birth of his daughter Winter in 2016. He also helps serve the community in other areas by coaching various youth sports teams and serves on committees dedicated to helping people recover from alcohol and drug addiction.  Paul graduated from the University of Arizona and spent 10 years working in the advertising industry, and the past 10 years in landscape design. He lives in La Canada with his wife Holly and their three children. 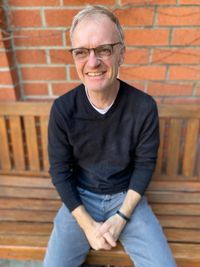 Ian has been involved and a supporter of Club 21 since its start.  Together with Mike Litteken Ian helped start and co-ordinate the Club 21 Dads group. He is a Graphic Designer and has over 30 years experience specializing in textile print design in the swim/sports apparel industry.  Ian is an active coach in many Special Olympic sports and volunteers at every opportunity at Club 21.  He joined the board in 2019.  Ian lives in La Cañada with his wife Terry and son Zachary who has Down syndrome.